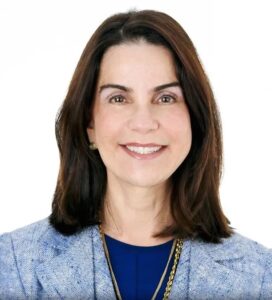 At some point during Donald Trump‘s miserable presidency, I remember joking that the next white male presidential candidate to come after him won’t have a chance because Trump had set a bad example for his whole demographic—because that’s still the way that works, right?

Because during Barack Obama‘s presidency, especially during his first term, this sentiment was echoed constantly by white conservatives who had it in their heads that the two-term president was doing a horrible job.

“Good luck ever electing another Black president after this disaster.”

For nearly eight years, I saw variations of this comment.

Unfortunately but not surprisingly, a white person doesn’t need to be a Republican conservative to fall into the same racist way of thinking.

According to the Washington Post, a top Maryland Democratic Party official resigned Monday after an email to party members was leaked that showed her questioning if a Black man could win a gubernatorial race in the state after three other Black candidates had lost in the past.

Before we even get into all of that, just imagine all the elections for Governor Maryland has had over the years, decades, and even centuries. Obviously, we can lead with the assumption that the vast majority of them have been white men, so imagine how many white men have been able to lose without shouldering the burden of being an example of the electability of their entire race. Continue Reading The president and CEO of the Maryland organization that advocates for the state’s...