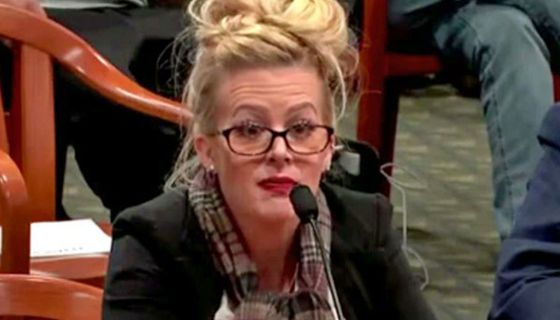 At this point, it’s not even much of a controversial thing to say the GOP has a white supremacist problem. But to be more specific, the Republican party has an issue with MAGA-fied conservatives who don’t actually know anything about anything getting elected to office by MAGA-fied voters who also don’t know anything about anything. That’s how Georgia got stuck with Marjorie Taylor Greene, and if Michigan Democrats don’t stay on their toes, their state might get stuck with their own KK-Karen who insists on perpetuating the dumb blonde stereotype.
Meet Republican state legislature candidate Mellissa Carone.
Well, actually, you might have already met her. Carone is most known for sitting beside former NYC mayor, disgraced attorney, perpetual L taker and damn good Penguin cosplayer Rudy Giuliani while testifying to state lawmakers that ex-President Donald Trump‘s “big lie” regarding voter fraud was not a lie at all.

“They’re trying to eliminate the white people in America, particularly the white male in America,” Carone said in a statement that proves the existence of Caucasian hoteps.