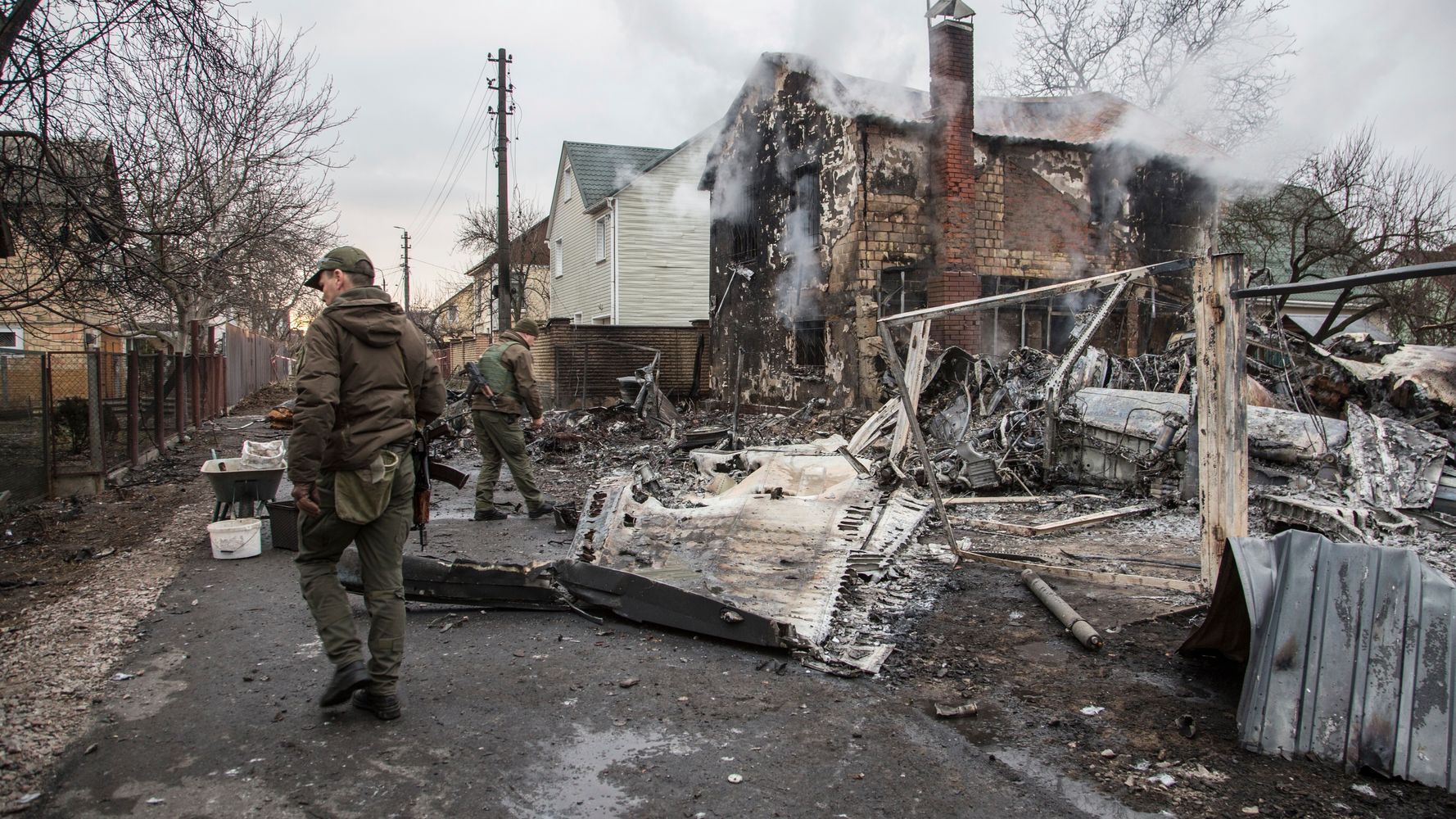 Explosions sounded before dawn in Kyiv and gunfire was later heard near the government quarter.

Russian troops bore down on Ukraine’s capital Friday, with gunfire and explosions resonating ever closer to the government quarter, in an invasion of a democratic country that has fueled fears of wider war in Europe and triggered worldwide efforts to make Russia stop.

With reports of hundreds of casualties from the warfare — including shelling that sliced through a Kyiv apartment building and pummeled bridges and schools — there also were growing signs that Vladimir Putin’s Russia may be seeking to overthrow Ukraine’s government. It would be his boldest effort yet to redraw the world map and revive Moscow’s Cold War-era influence.

In the fog of war, it was unclear how much of Ukraine remains under Ukrainian control and how much or little Russian forces have seized. The Kremlin accepted Kyiv’s offer to hold talks, but it appeared to be an effort to squeeze concessions out of Ukraine’s embattled president instead of a gesture toward a diplomatic solution.

The U.S. and other global powers slapped ever-tougher sanctions on Russia as the invasion reverberated through the world’s economy and energy supplies, threatening to further hit ordinary households. U.N. officials said millions could flee Ukraine. Sports leagues moved to punish Russia on global playing fields. And U.S. President Joe Biden and other NATO leaders held an urgent meeting to discuss how far they can challenge Putin without engaging Russian forces in direct war. Continue Reading