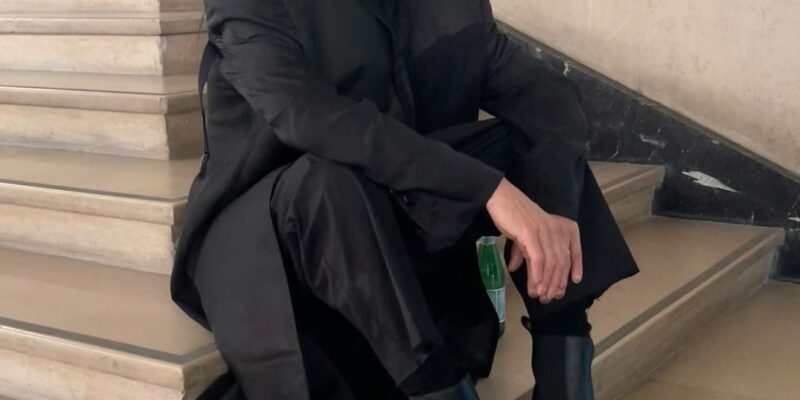 The Master: Rick Owens after his Spring/Summer 2023 menswear collection, today in Paris where three huge fireballs were …

The Master: Rick Owens after his Spring/Summer 2023 menswear collection, today in Paris where three huge fireballs were dropped into the pool at the centre of the courtyard of Palais de Tokyo.

“This season’s collection is named ‘edfu’ after the Egyptian temple. I had recently retreated to Egypt where I found great comfort in the remoteness and scale of its history. My personal concerns and global discomforts felt petty in the face of that kind of timelessness. Lying down in the dirt with the valley of kings within view was a perspective I liked. The temples, started by one civilization, seized and added onto by another, completed by another and then unearthed by yet another, were reassuring in their stoic permanence,” he wrote in notes shared just before the show.

“We have all been so disturbed by the war and constant online stone throwing, I wanted to propose some order and discipline… I used some ripstop nylons that had a butterfly wing lightness with graph-like constructions that lent subtle soothing gridding on the body in dyneema, which is a patented fiber considered to be the strongest in the world.

I reduced hardware and visible closures to keep things quiet. I wanted simplicity but I still wanted exaggerated shapes to gently tease all the righteousness and bigotry that create so much conflict in the world.

Tailoring with extreme shoulders comes in crisp cotton or layers of silk chiffon, some in loud and foggy plaids. Coats and jackets also come in chiffon suspended from rigid mesh sheer shoulders. The transparency continues with jackets, shirts, and jeans constructed in apparition leather – a cow leather using glycerin during the tanning process and air drying without being drummed which gives it a transparent finish.

Colors are deliberately kitsch and loud with denims lacquuered in an iridescent scarab finish which also coats pirarucu, a skin I use over and over. Fished as a food source by indigenous communities in the amazon forest, the skins are then sold as a waste product generating income for them.” 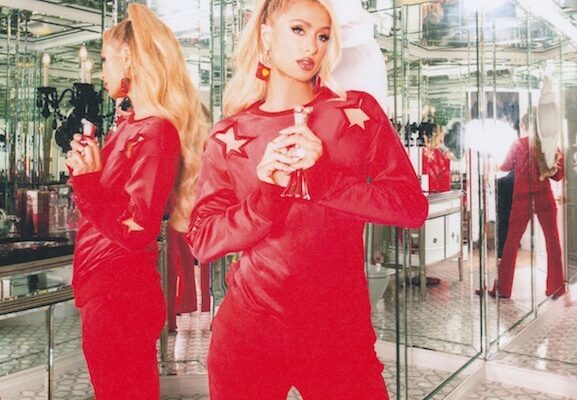 @parishilton is backing a real-time animation app capable of mirroring NFTs’ movement to their owners. ⁠ ⁠ Akin to digit…

@parishilton is backing a real-time animation app capable of mirroring NFTs’ movement to...