Rory Adams did not know that Christmas in a small rural hospital in West Virginia would be the last time he saw his wife alive. She’d entered prison in early January 2021 to serve a 42-month sentence for failure to collect payroll taxes. She was supposed to return to North Carolina, their two adult children, and their quilting business this summer.

But when he saw her, she was heavily sedated. A ventilator was helping her breathe as she struggled with covid-19. Rebecca “Maria” Adams, 59, died 18 days after Christmas in the same hospital bed.
The pandemic has proved especially deadly behind bars. Inmates are more than twice as likelyto die of covid as the general population. And the deaths continue to pile up.
Adams was the second of three women incarcerated at Alderson Federal Prison Camp to die of covid in less than a week in January. The prison that holds fewer than 700 inmates had 50 cases as of Feb. 8. When U.S. case numbers surged in December because of the Omicron variant, an understaffed and still underprepared federal prison system was once again swamped by covid cases.
The deaths of these three women imprisoned in West Virginia reflect a federal prison system plagued by chronic problems exacerbated by the pandemic, including understaffing, inadequate medical care, and few compassionate releases. The most recent statistics from the Federal Bureau of Prisons report 284 inmates and seven staff members have died nationwide because of covid since March 28, 2020. Medical and legal experts say those numbers are likely an undercount, but the federal prison system lacks independent oversight.
Alderson, where Adams was incarcerated, was one of the first federal prisons to have a covid outbreak in December in this latest national surge. But as of the first week of February, 16 federal facilities had over 100 cases. More than 5,500 federal inmates and over 2,000 BOP staffers had tested positive for covid, according to BOP data. At one prison in Yazoo City, Mississippi, over 500 inmates — almost half the prison — tested positive in late January. Including the three women from Alderson, 12 federal inmates died while sick with covid in January. Continue Reading
Share this 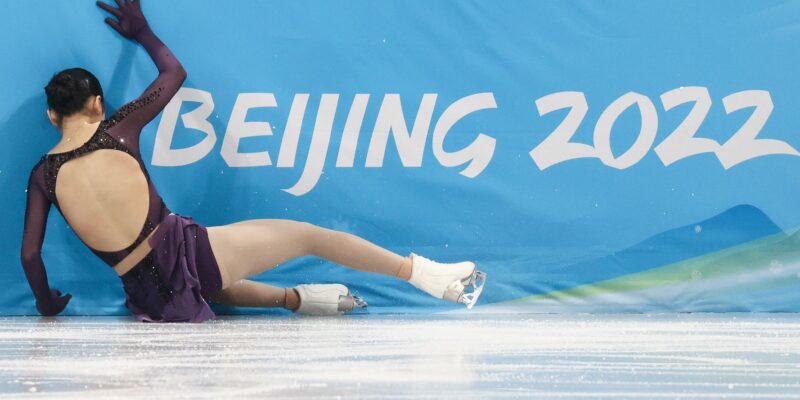 She fell two more times the following day and broke down in tears....