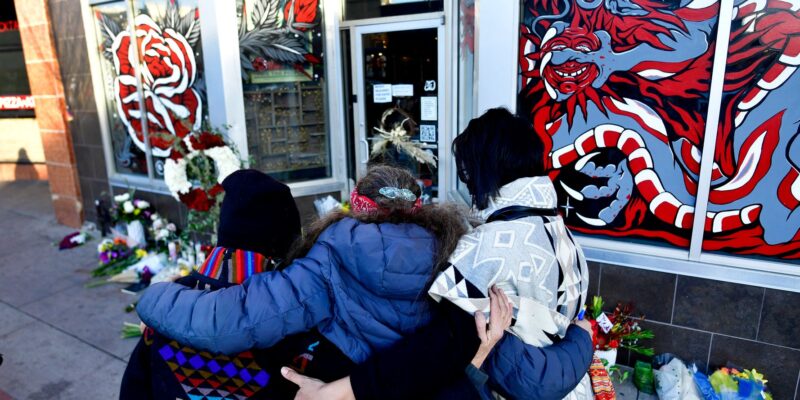 How Hatred Of Women Is Fueling The Far-Right

A new report finds that misogyny is flourishing online and motivating gun violence.

When Lyndon McLeod fatally shot two men and three women in a rampage that included two tattoo parlors, a hotel and a private home in Denver last month, it didn’t come from nowhere.

In one of the novels from his self-published trilogy, he described killing people — and two of the characters who end up dead share names with his real-life victims. McLeod was also active on online forums where he touted masculine supremacy and disdain for the “weak.”

Denver police eventually shot and killed McLeod after he shot an officer. The police department had received a warning about McLeod about a year before the shootings, from a German man who grew concerned after reading McLeod’s books and online chats. But in a statement released after the shootings, Denver police said they had determined “there was not sufficient evidence to file criminal charges or a legal basis for monitoring McLeod at the time.”

The department also told HuffPost that there were two previous law enforcement investigations into McLeod, but neither resulted in criminal charges. Continue Reading